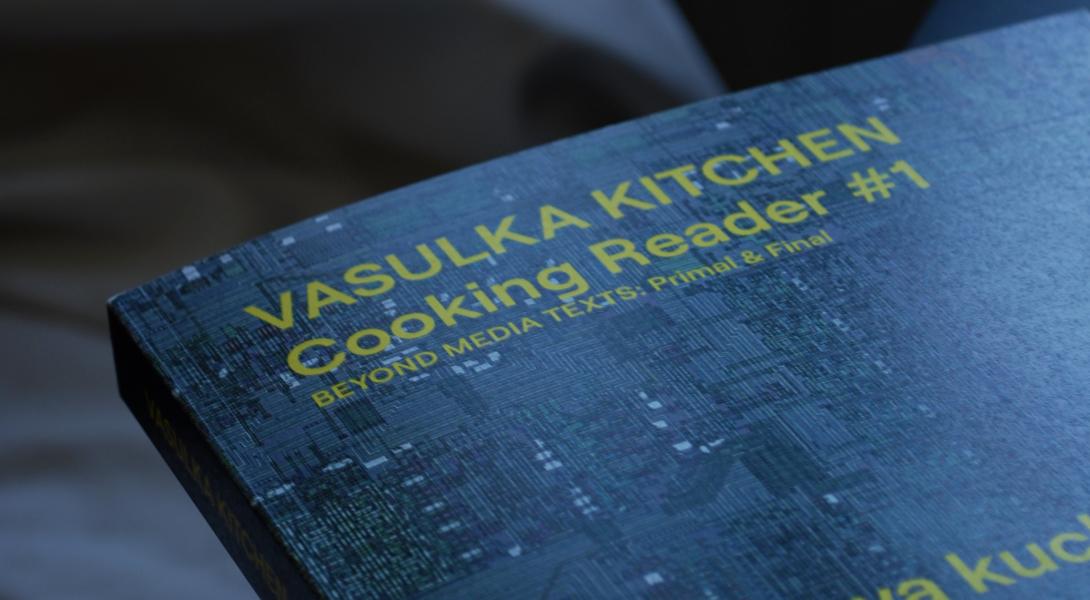 This collection of texts is being published either relatively early, or perhaps a bit late: about one year after the original colloquium Art Works from the Digital Era in Galleries and Museums. Since then, unexpected events have altered our course, reframing our thinking about the overlap between art, time, entropy, duration and disappearance, and perhaps adding a greater sense of urgency than it had one year ago.

The colloquium was organized to celebrate the the first anniversary of the opening of the Center for New Media Vašulka Kitchen Brno. The organizers discussed topics with colleagues from the Brno House of Arts and the National Film Archive in Prague, hoping to promote thinking about the state and fate of art works of an “unstable“ nature, especially within the context of Czech collections, galleries, and museums. The objective was to establish contact, and to potentially cooperate with similar initiatives in Central Europe. During the two‑day meeting, the contributions mostly touched on the orientation of artistic and expert initiatives and institutions which were already focused on this issue, or were planning to turn their attention to it. In addition to contributions from Czechia, Vasulka Kitchen also welcomed contributors from the Netherlands, Germany, France, Norway, Hungary, Poland and the United States, who shared their experiences of and opinions on the topic.

We would like to thank to authors of the texts, who provided them for this occassion for free and for share. This book is published under a Creative Commons Attribution 4.0 International license.

The book is available here: https://www.vasulkakitchen.org/sites/default/files/document/01_vasulka_k...

The catalogue of Petr Válek 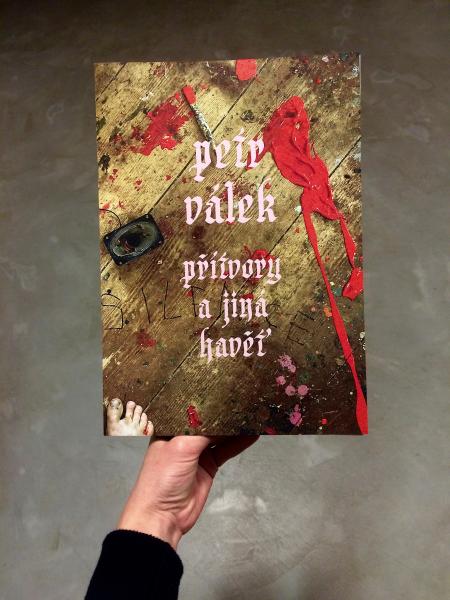 The catalogue of Petr Válek is for sale, or for order by email via Vasulka Kitchen od Sound Kitchen in Prague

Artist Petr Válek is based near his birthplace in Loučná nad Desnou, which lies in the border zone of ​the Sudetenland, about 250 kilometres from Prague. From his improvised studio within a rural setting he experiments with instrument building, creating sound from kinetic objects, and recording obscure tutorials to share via his Facebook page.

For many years, Petr Válek worked with sound in seclusion and ocassionaly sent his home-made CDs to selected people (such as me). They always came as a bundle of discs, as a collection of recordings, born in a certain period. That may have been the reason why only few decided to listen to at least one disc from that pile. Gradually, Válek (perhaps because there are not many other adepts of this genre in our country) was fortunately discovered as an original artist, later linked to the classics of the "Outsider music" genre. The song, typical of most musicians labeled with this label, is difficult for us to find in his work, and to reduce his work to "raw music" genre is slightly unfair. By playing live, he naturally fit into the local noise scene, which embraced him not just as a weirdo, but as an original, inspiring personality. In his work, the originally predominant noise and raw musique concrète break sometimes into silent passages, built with field recordings; when he is in the mood, he switches to underground compositions with raving synthesizers or to a nervous ambience. He reacted to the wave of madness around modular synthesizers in his own way: producing original musical instruments for which we sometimes have no idea if and how they actually work. Or are they more of a cultural apparatus by which he comments the current trends, as in the case of the Silentizer? It has many buttons and controls, but the output always sounds: SILENCE.

Válek's approaches to sound from the perspective of image, and the image and sound are increasingly intertwined in his ideosyncratic poetics. As a musician, he wasn't satisfied with conventional instruments and devices, and transformed their form and function into his own ideas. Initially, for example, by repainting the surface, later he interferes with their construction, mastering peculiar "Czech version" of hardware hacking and circuit bending, always revealing the reverse side of objects, showing the insides of devices and connecting their interfaces.

Lately he has been creating mobiles - kinetic sound apparata, composed from small objects and animated by small engines, moving inside resonant vessels, or just across the table, floor, making stochastic noise, by hitting walls or crashing to each other. Crumpled pots are spinnig on prepared turntables, pieces of boards, colanders, slicers, wires and springs assambled with electronic devices. At the same time, his musical set is piece of a visual installation: sometimes paints the instruments or incorporates "decorative" elements into them. Some objects lose their musical functionality completely, turning into bizarre, injured toys, generating vague and chaotic unrest. Even then, they do not cease to be part of the sound performance.

An extraordinary discovery for me became Válek's performance art documented on video. His musical events, or acts, are performances sui generis. Lately, he sometimes quite leaves out musical instruments and devices, staging short compact events in which he struggles with his surroundings and objects. My favorite piece is a video called Fat Man Balancing, where he tries to keep ballance on two legs with a big cardboard box on his back. In The Outdoor Music Improvisation cycle, he punches young trunks in a draw, scratches the spruce bark with a stick, or beats on stones. The result is always surprisingly engaging, it includes insight and poetry. He reflects the media is is using, a vintage video camera, which distorts the captured sound, and provides a remarkable rawness.

After a period when he rejected the Internet, Petr Válek found his space and functional platform there. His Youtube channel is a place where I am returning and where I often send my students from the Department of Alternative Theater. Válek's Facebook profile is a resource of small pleasures not only for me, but for many admirers from around the world, enthusiastically commenting on every new video adventure. Válek became a YouTube celebrity: he is challenging the world with clips shot in the garden tiny studio full of old chairs, peeling enamel pots, broken speakers, artificial flowers and the wreckage of all kinds of musical instruments. From here, Peter moderates everything in the artificial language of instruction, or tutorials, reviews of prototypes of musical instruments, and his videos abound in rare "pure humor without wit".

In an article I wrote in 2016 for A2 magazine, I compared Válek to a mysterious planet that has already been discovered and now needs to be explored. But perhaps Petr Válek is more of a different space object: perhaps a comet with an eccentric trajectory, perhaps a spaceship, struck from planks and sheets and powered by energy of unknown origin.